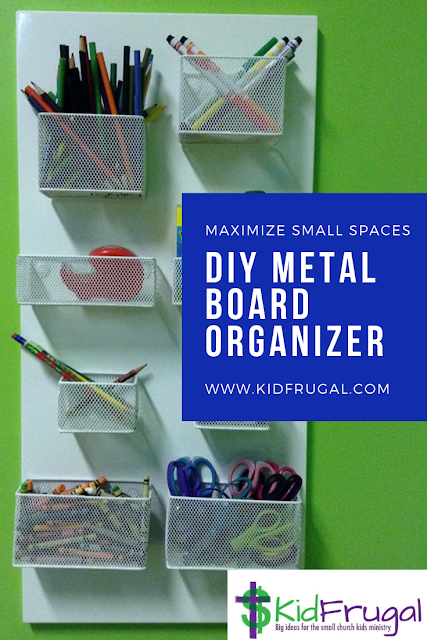 For my first remodel challenge, I attacked one of the rooms used for a Sunday School class in our children's area. Since the rooms were built in the 1940’s, they are small. Very small.  I think kids just sat at tables back then and never moved, so you could cram a bunch of them into a small room.  To view the complete remodel of this room, click here.

One of the first issues I addressed was how to make the most out of my small space. First I removed the cupboard and shelves that were taking up space in the room. 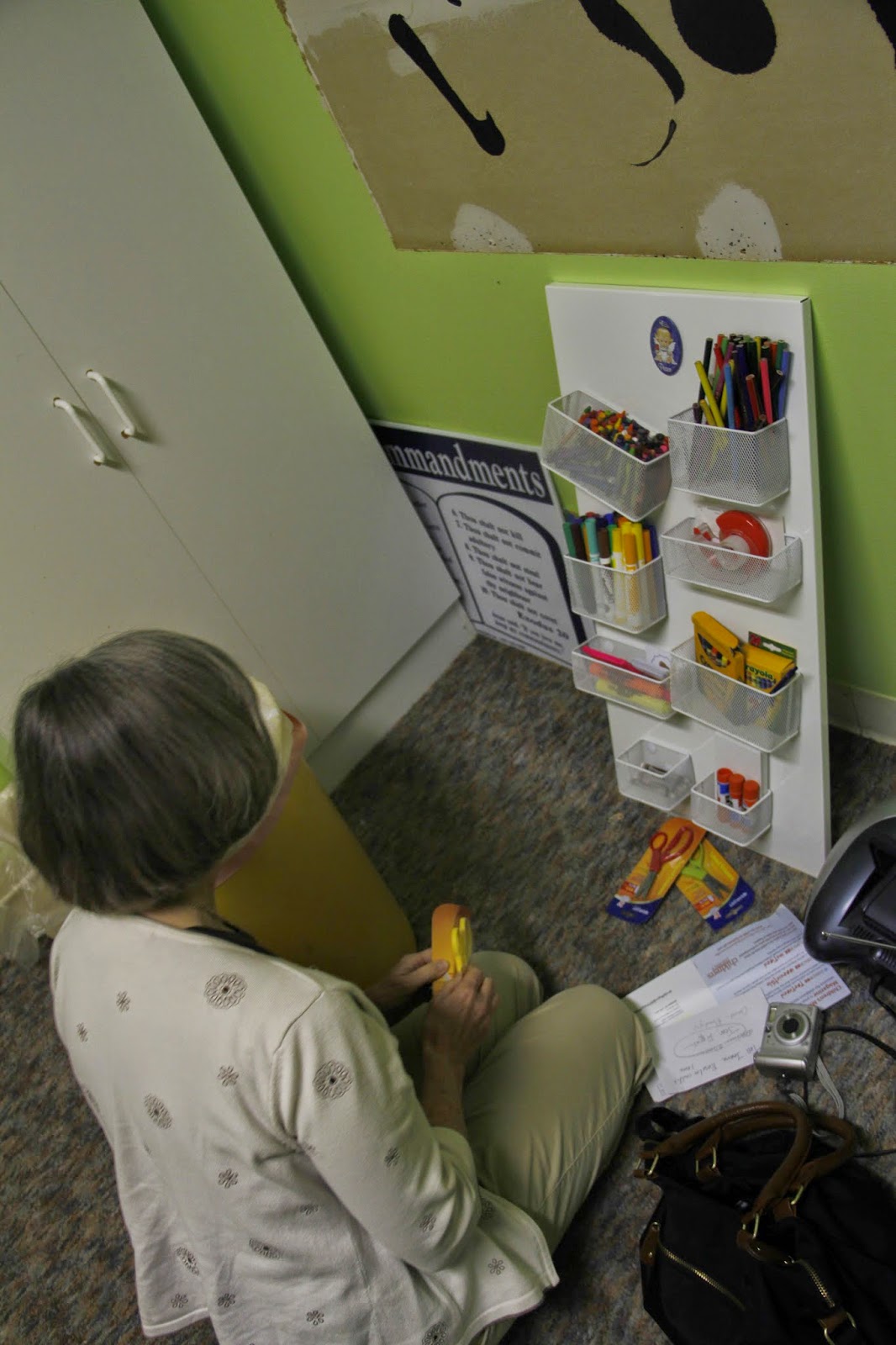 Next I made one of the organizational pins I had seen on Pinterest.  It was a magnetic board with little metal boxes stuck to it to hold crayons, scissors, glue sticks and all the stuff that had been in my cupboard. 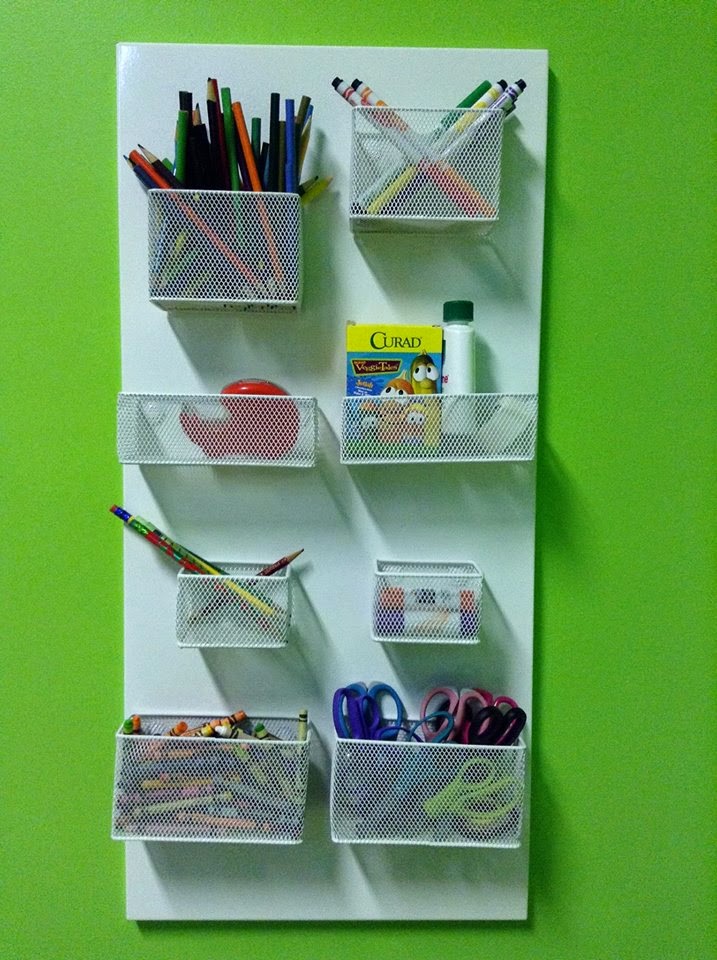 The items came from Ikea. I goggled it and the closest one was 3 hours away in Pittsburgh. Since my husband is the world’s biggest Steelers fan, it was no problem to convince him to take a trip down to the city. To tour Heinz Field, of course. 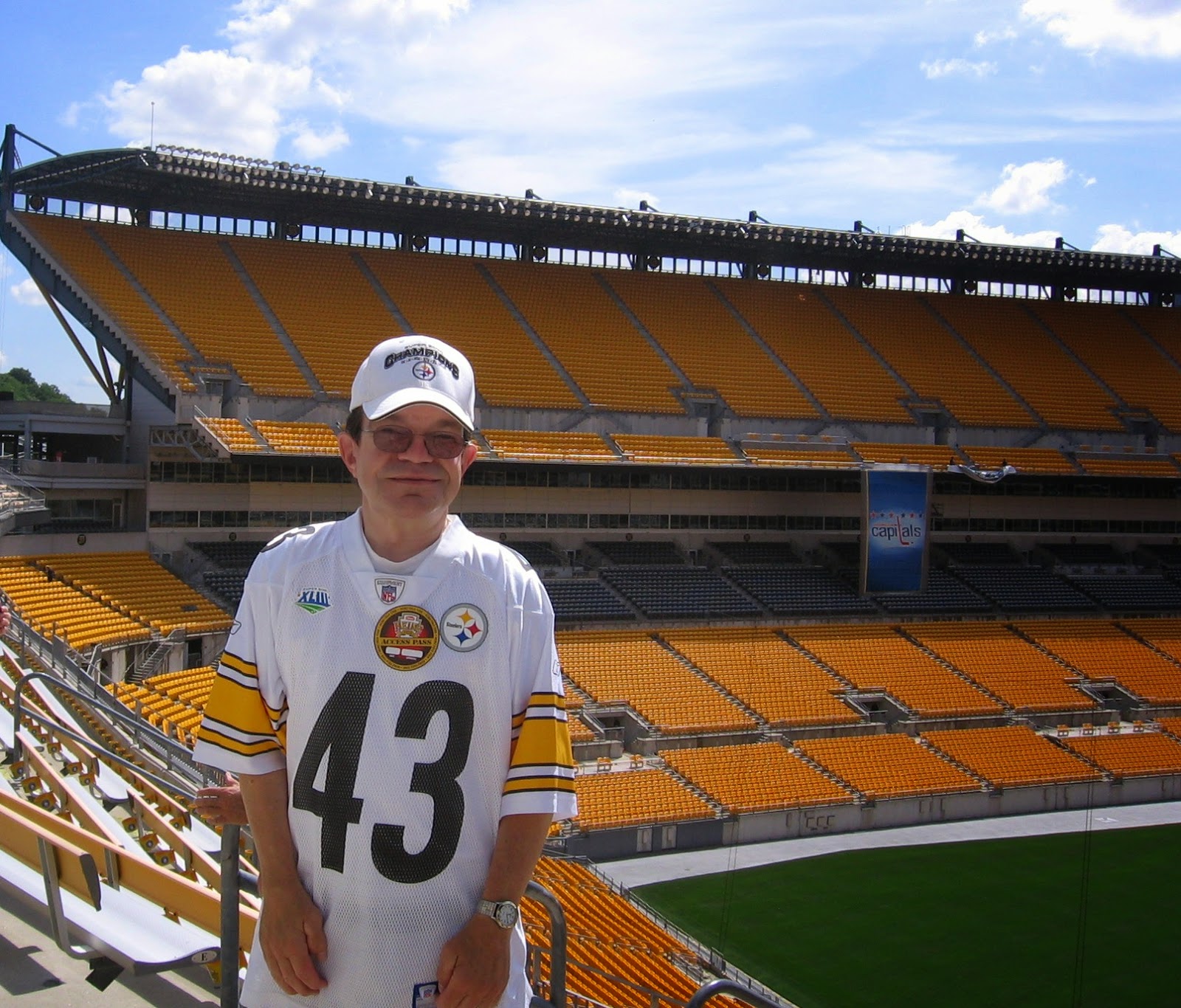 And oh, by the way, while we are here honey, let’s go to Ikea! 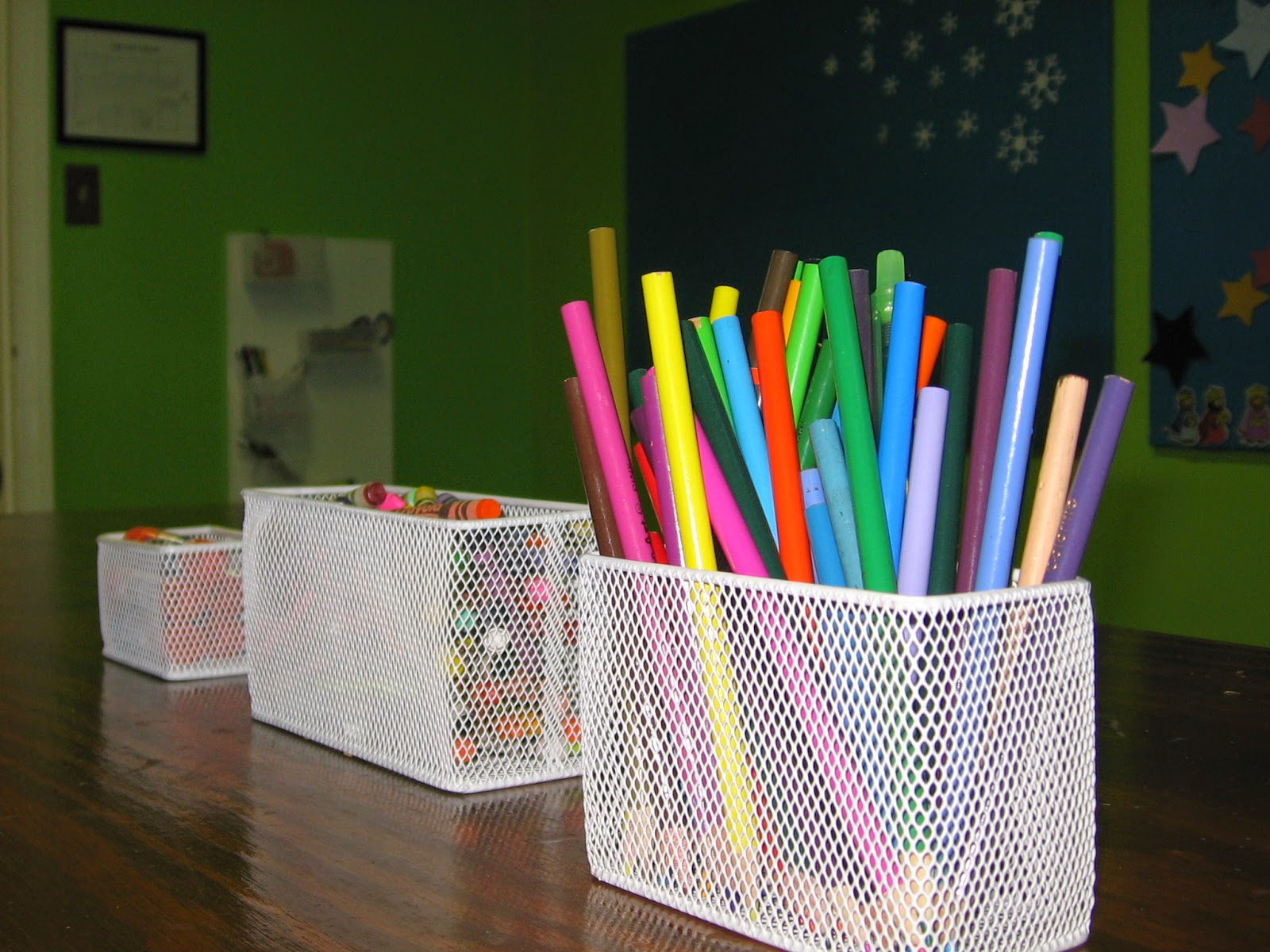 We found the metal board just like I’d seen on Pinterest, but Ikea did not have the magnetic boxes to put on the board. So I hunted all over the internet and found some boxes made for kids to put in their lockers. You could spray paint them different colors if you wanted to make it more lively. 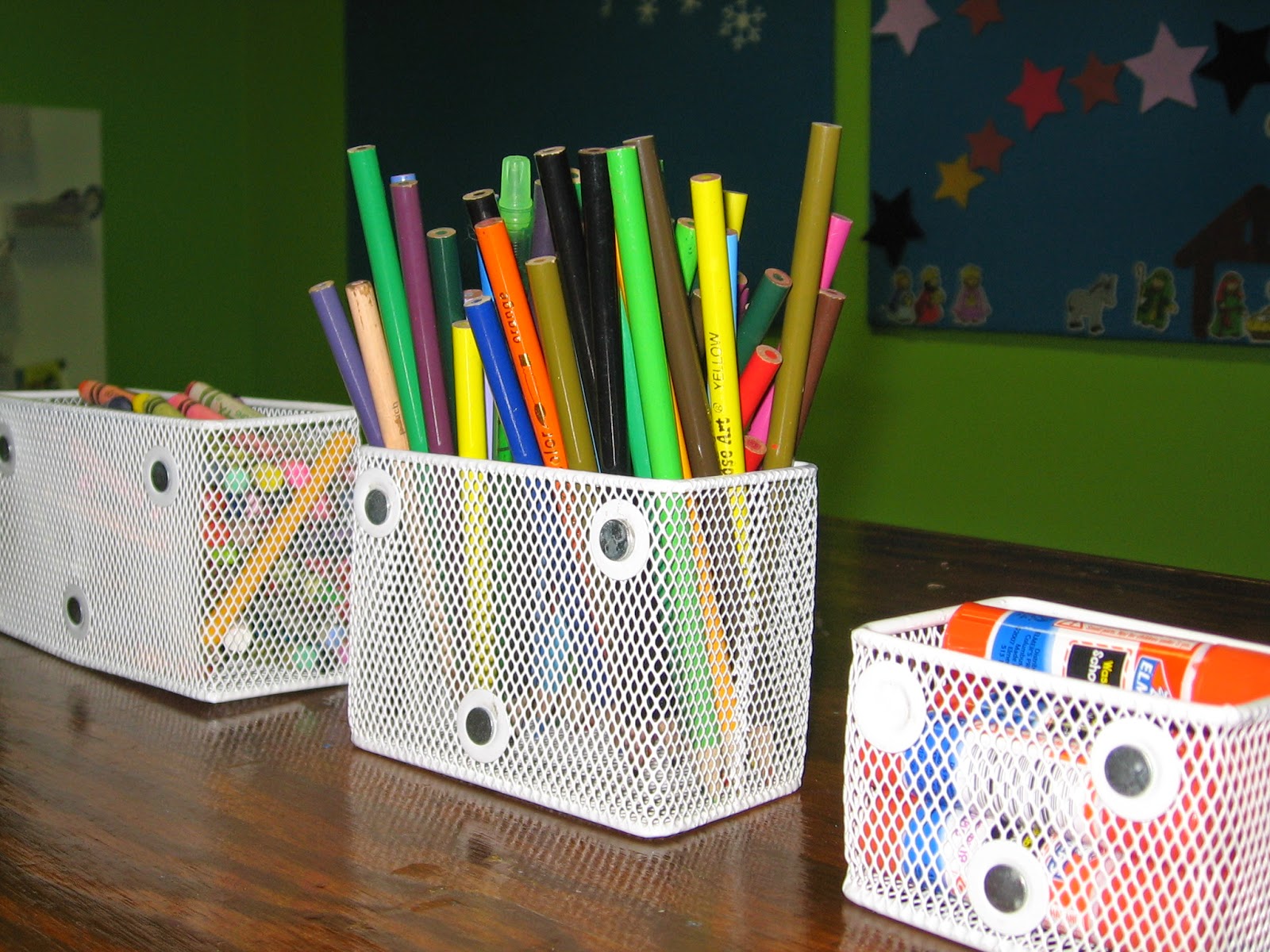 It took a while to hunt down all of the supplies, but the finished product is worth it. I like it for so much more than its space saving ability. The kids love taking the boxes off the board when we need them for crafts. And they even like cleaning up afterward because they get to put them back on the wall.

Staying organized is so much easier now. And I love how it looks! 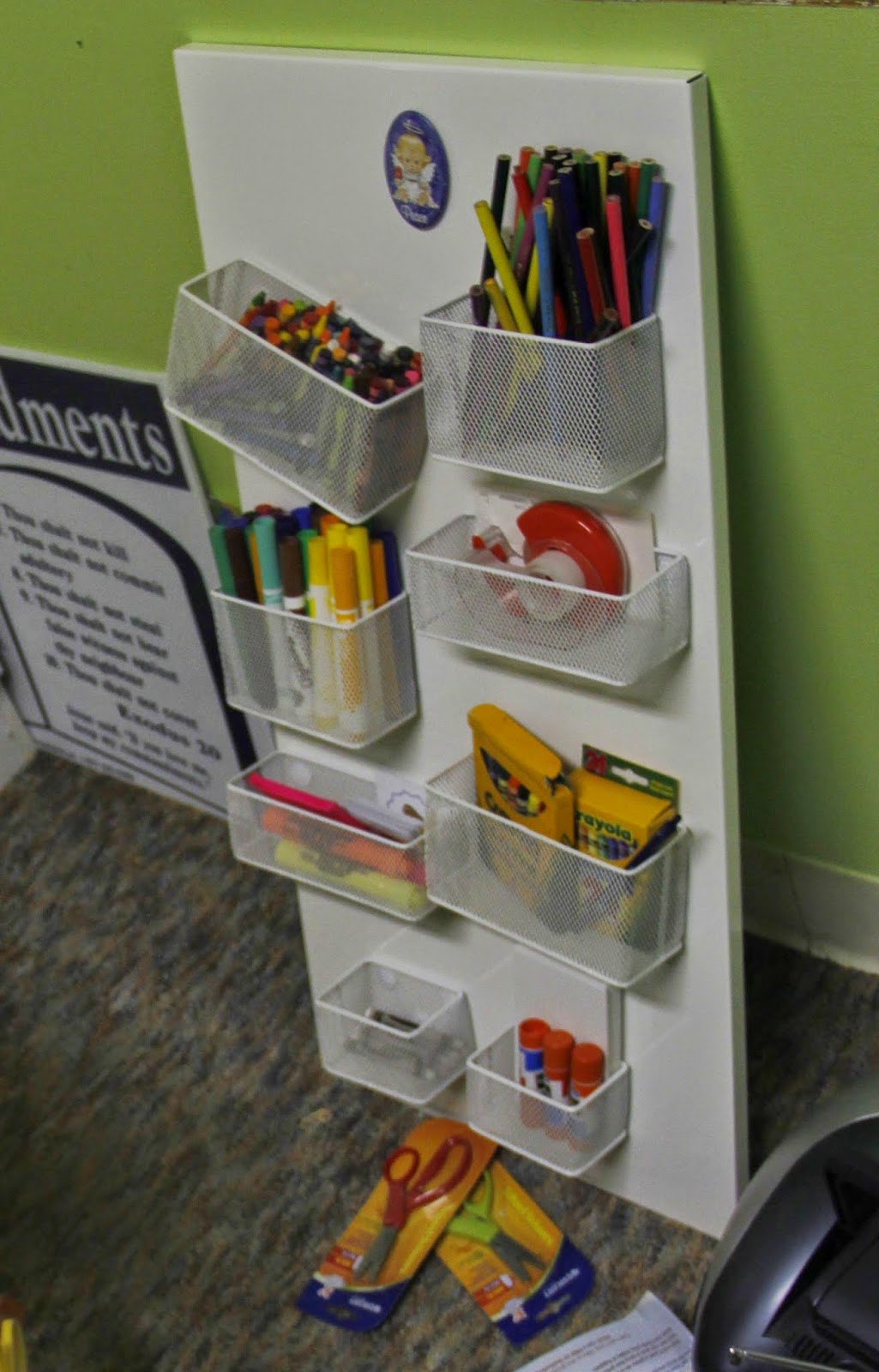 Quite a simple idea, and relatively cheap, unless you are making day trips to Pittsburgh, that is. Creating space in my small classroom was a good first step as I lead my church’s children’s ministry into the future. 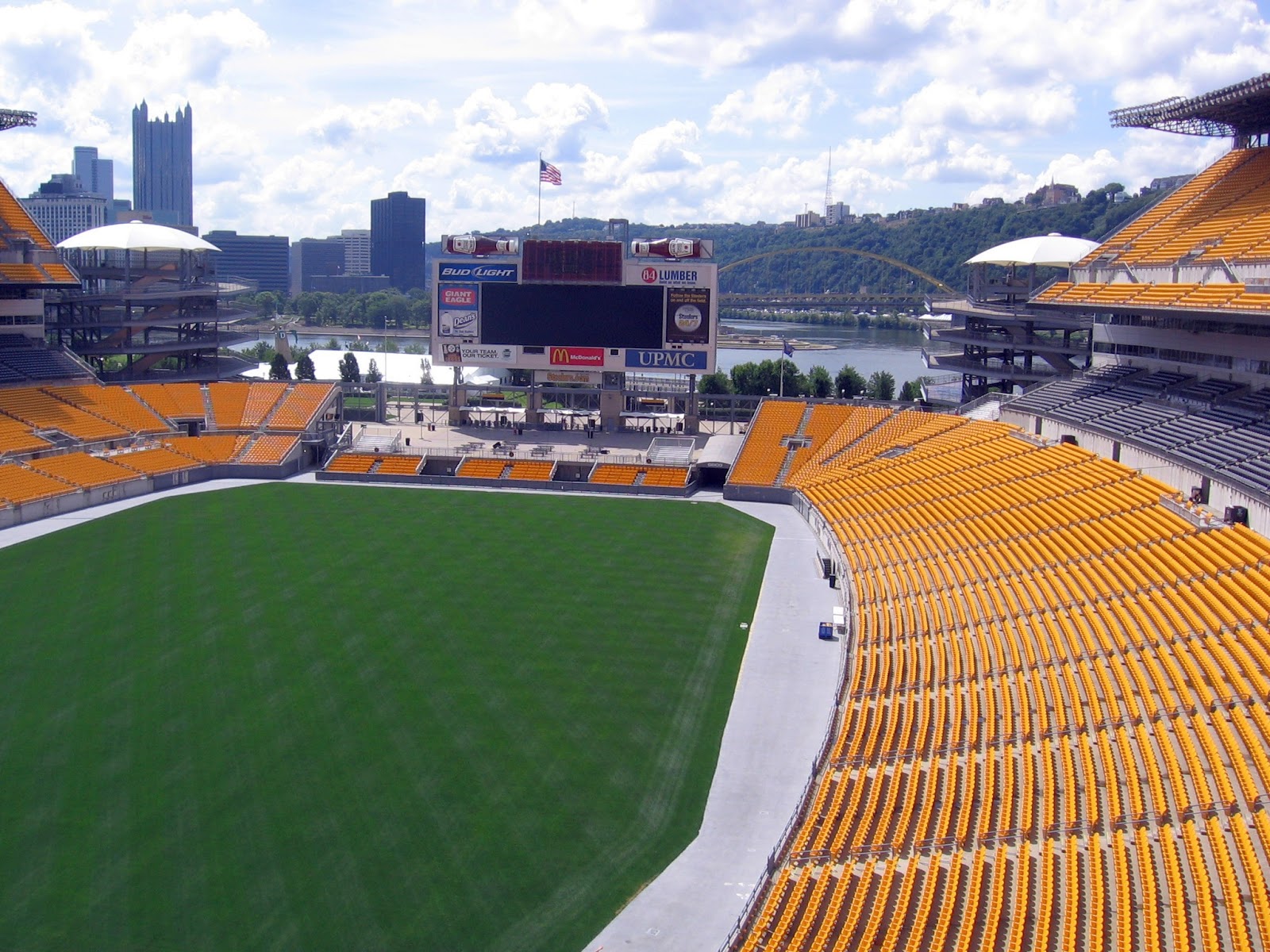