In the Dark with Gideon 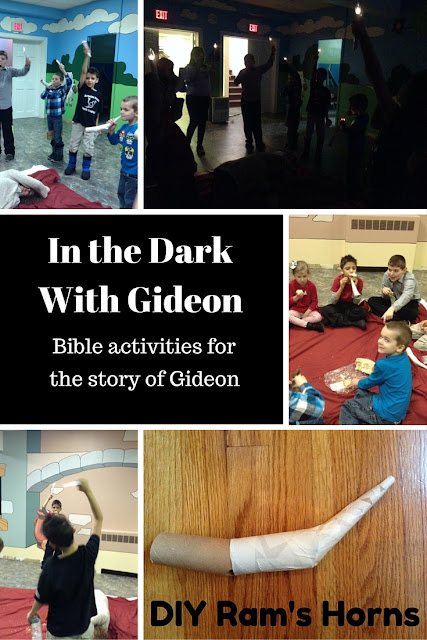 What kid wouldn’t love the allure of making noise and getting to play in the dark at Sunday School? That’s what happened when we acted out the story of Gideon from Judges 8. This story was very simple to re-enact.

Here is what you need:


I did not bother to write lines for this drama. I was Gideon, the kids were my army and my coworker represented the Midianites.  We just followed the steps below: 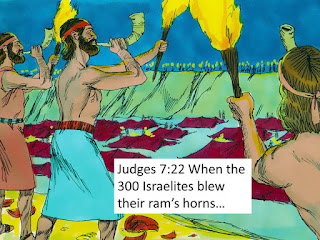 I made a power point presentation of the story to show before we acted it out. I use Free Bible Images and Bible Illustrations from Sweet Publishing for my power points.You can access my power point here. 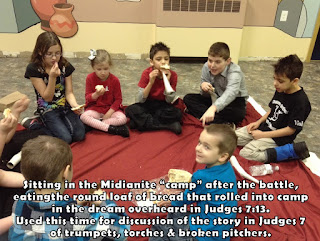 After we finished, we all sat in the empty Midiante camp (the sheet on the floor).I had purchased a round loaf of bread to explain the dream that Gideon overheard in the Midianite camp. I broke off pieces of the round loaf of bread I and passed them out. We ate the bread as we discussed the story.