How God Brought Our Walls Down (Sort Of) 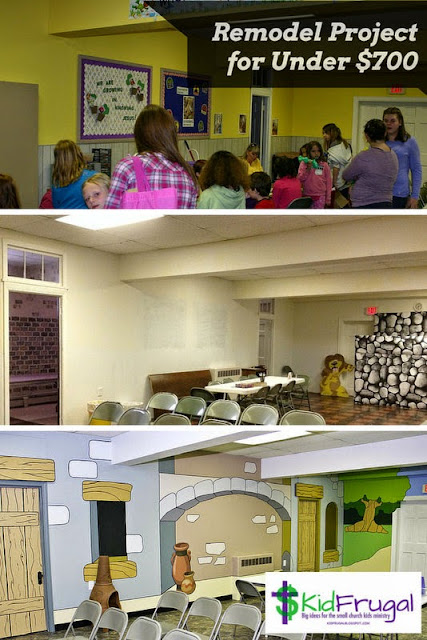 Four years ago I began working my way into leadership of the children’s ministry in our church. There were a lot of changes to be made, and one of the first was updating our facility.

I started by asking a few people for some ideas. One idea that surfaced was to remove
the paneling that was on the lower half of the walls. That got me excited because it meant we could theme the walls.

The most difficult thing about taking down the paneling proved to be getting permission to take it down. You heard me right; the approval was the biggest hurdle. I thought it would be a no-brainer. In fact, I thought no one would even care since the children’s ministry people were the only ones using the area.

It took almost 2 years to get permission from the time I first broached the subject. When I brought it up, my team voiced the concern that we did not know what was under the paneling. Even if one area seemed okay, we had no idea what was under the rest. So, the paneling stayed up.  From a human perspective, I think they were hesitant to change, but there is always a divine perspective as you will see.


At a CLT meeting over a year and a half after I first brought up the subject, I broached it again. This time I was willing to paint over the paneling instead of taking it down. Before I even had time to admit that the committee said, “We really need to update the area.” And so the walls came tumbling down, so to speak. Within 3 months the paneling was down and the walls were Spackled and primed. It would be another year before the project was nearly completed, but we were on our way.

I believe God is actually the one who kept the project on hold. During the almost 2-year wait, God brought two things together.

The bottom line is that God can move things AND people when it is his timing. I am so glad I did not push the project through and go against any of my team members. Sometimes change may need to be pushed, but make sure it is God pushing it, and not you. Maybe a better way to put it is to always stay in tune with God.

The other interesting thing is that it happened only when I was willing to accept a different course of action myself. It was when I totally gave the whole thing over to God, and was open to the fact that he might have a different plan, that the paneling came down. I definitely have to give God all the credit for this one.

The great news is that we have 100% unity, a beautiful facility, and no debt.

You can read about HOW we did this project here and here. The company we found to design our wall murals was Creative for Kids. They no longer offer customized wall murals, but they still have a great selection of low cost solutions.