A "Popping" Good Gift for Your Pop on Father's Day 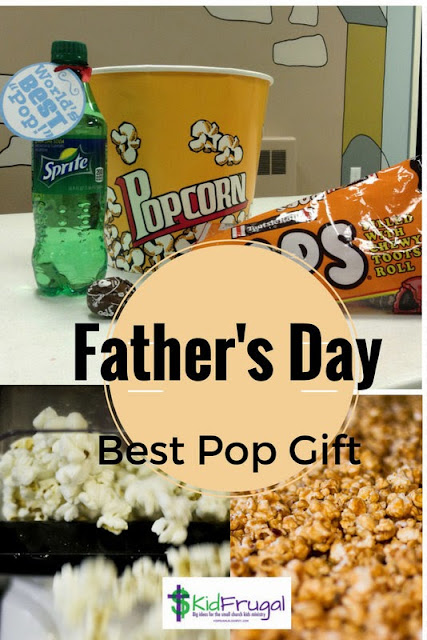 Recently my husband was in charge of getting offering buckets for a community service planned by a group of pastors. They told him to get Kentucky Fried Chicken or popcorn buckets or anything like that. They wanted 40 of them.

Well, I found a great deal online for 50. That gave me 10 extra buckets to keep for myself. Turns out they had another 5 left after the event, which we conveniently took off their hands for them!

Now for the best part. I was on Pinterest and I saw this great
Father’s Day project that used what else, but, popcorn buckets! You filled them with all kinds of “pop” things for your Pop.

I have a fantastic recipe for caramel popcorn. So I decided to have a popcorn-making party for the Sunday School kids. We made caramel popcorn to fill the buckets with. We also got things like a bottle of pop and tootsie pops. The pin I saw linked to free printables that said, “World’s Best Pop.” I printed those up and tied them to the pop bottles.

We not only got a great gift for the fathers from the popcorn buckets, but we also had an activity for the Sunday School kids at almost no cost. 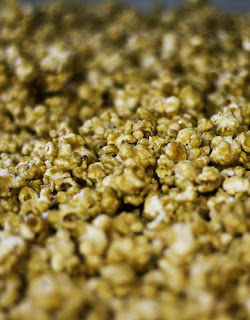 Here is my caramel popcorn recipe:
1 1/3 cups unpopped corn
1 cup butter
2 cups brown sugar
½ cup corn syrup
1 t vanilla (I use non-alcohol based so it doesn’t evaporate when boiling)
½ t salt
½ t baking soda
While the popcorn is popping, melt the butter and then add all the ingredients EXCEPT for the baking soda. Bring to a boil and boil for 5 minutes, stirring occasionally. After 5 minutes, take pot off burner and stir in ½ t baking soda. Mixture will foam up and get lighter in color. Stir till everything is well incorporated. Have popcorn in a large container and pour mixture over it, stirring popcorn to coat evenly. I continue stirring the corn after the syrup is all poured, until it is all nice and evenly coated. Put mixture into 2 roasting pans and bake at 250 degrees. Stir every 15 minutes. Let cool and put in airtight containers.