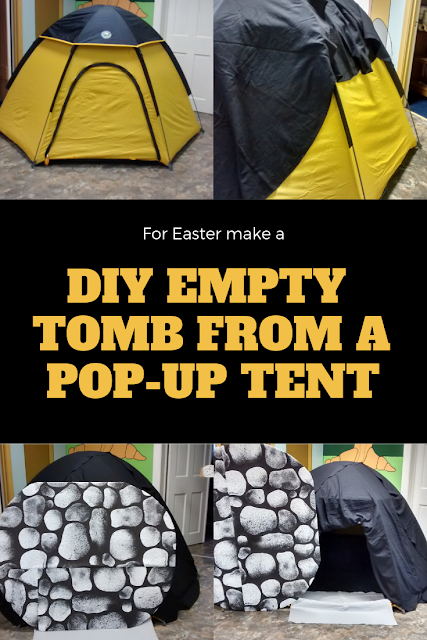 Our neighbors gave us this pop-up tent years ago for the girls and I to sleep out in the back yard. We used it once for that. But in children's ministry I use it at least once a year. Next to duct tape and a kiddie pool, it is one of the most versatile tools I have used in ministry. 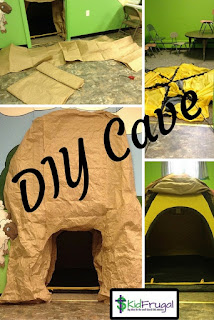 It has been the inside of a cave. 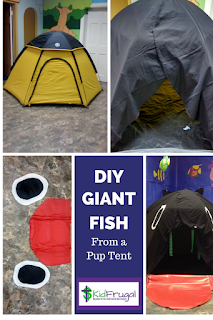 A giant fish to swallow Jonah. 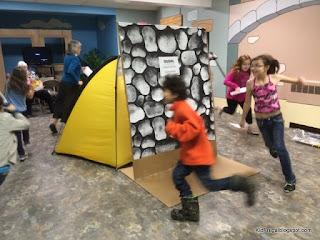 The tent where Joshua was stationed when the the Gibeonites came to him to ask for help against the five Amorite kings that attacked them. (The battle when God rains hail down and the sun stands still.) You can see more pictures here of how we set up the area. 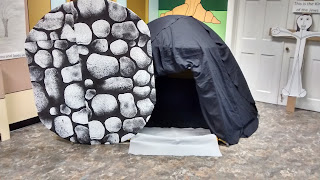 And most recently, it became the empty tomb for Easter. 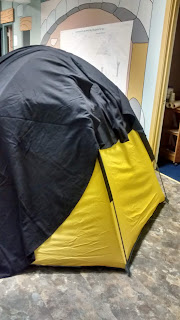 I cover the tent with round, black tablecloths I purchased at Sam's years ago. You can use any black cloth though. I use binder clips in some spots to hold things in place. 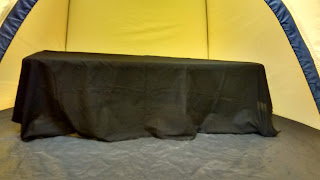 For the shelf to lay the body of Jesus on, I used an adjustable ironing board
someone had left at church. You could use some plastic totes and cover them with
a black cloth, or even boxes. You just need a low height. 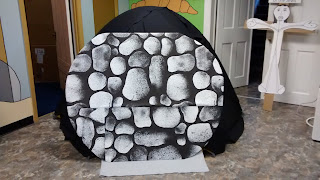 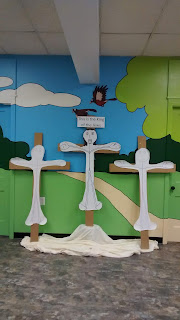 To act out the story I have crosses someone made me. I put stick figure people up on them to represent the two thieves and Jesus. I made Jesus on white corrugated cardboard
and use velcro command strips to attach him to the cross.
That way we can take him down, wrap him up and put him in the tomb.

Then we roll the stone in front of the tomb and go to a classroom until it is very early in the morning on the first day of the week. We pretend we are the women going to the tomb to anoint Jesus' body with spices. When we get there, the body is gone of course. I usually have someone there dressed as an angel to tell us he isn't there and we need to go to Galilee to find him. So we go to "Galilee" and I have someone there dressed as Jesus. Below are the lines I wrote and gave to "Jesus" to recite. 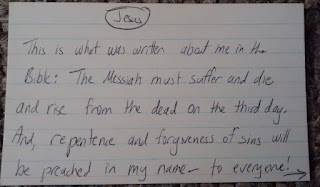 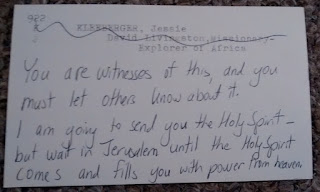 I have taught this lesson at least three times, and each time I had a different tomb. The tent is the most versatile, but I used whatever was available each year. One year it was an old puppet stage that someone had left set up in our children's area. You can read that post here. 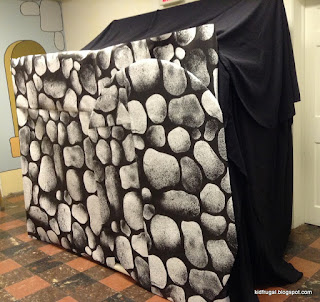 Another year it was half of a "house" that was left in the kidmin area. It is amazing what you can turn into an empty tomb. You can see that one here. 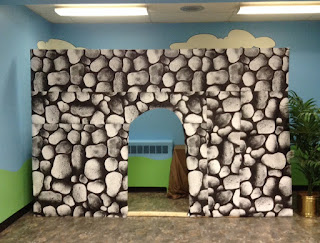 And yes, I have used the same "stone" every year. What have you made an empty tomb from?