How to Play Pin the Bible 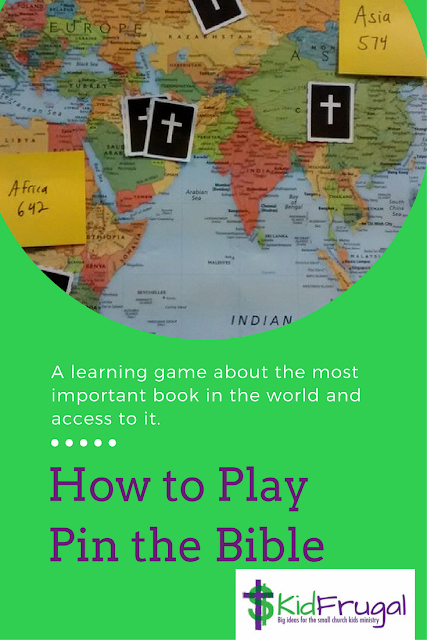 I read a banned book almost every day. In fact it is the most banned book in the world. Any guesses what it is?

If you guessed the Bible you are right.

We played a fun game in Sunday School to help our kids learn about the importance of the Bible translation and access to the Bible for Christians. It was called Pin the Bible. 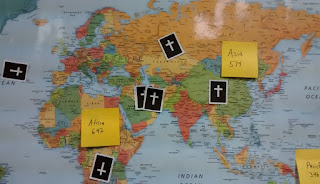 I took a laminated world map and pinned it to a large bulletin board. 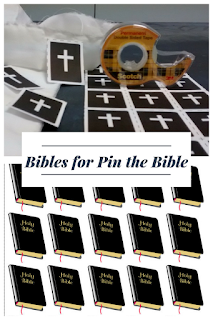 I ran off little Bibles on card-stock (just made to look like the cover of a Bible) and cut them apart.

Before we blindfolded the kids, I explained 2 aspects about the Bible.

After teaching these facts and labeling the map with the notes the game began. We blindfolded the kids, turned them around and gave them a Bible with double sided tape on the back. If they got their Bible on a continent that lacked Bibles in people's heart language, they got 10 points. If they landed on a country where it was banned, they got 20 points. No points for the Americas, Europe or Australia...or the ocean.

Kids learn when they are happy and relaxed - this was a great way to teach children about the importance of the Bible and Bible translation, as well as organizations like Open Doors and Wycliffe.
at November 08, 2017