In the Lions' Den with Daniel


One of the major VBS curriculums for 2015 is using stories from the book of Daniel, so I thought that I better get the rest of my Daniel posts on here. 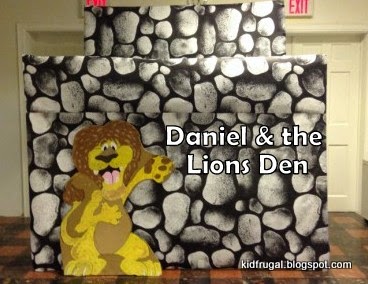 We had a puppet stage that morphed from being the fiery furnace into the lions’ den. The cardboard lion in front of the den was an old VBS prop. It was just made from a picture of a lion in a coloring book projected onto cardboard and painted.

The paper was leftover from some scenery used elsewhere. We kept the paper on after we finished Daniel and made this into a tomb for Easter. 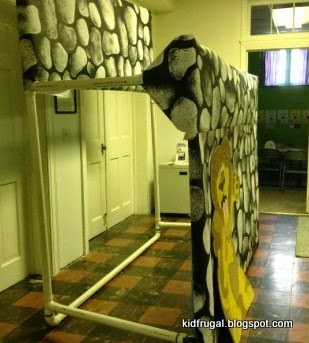 We used this puppet stage to make the lions’ den, and then we presented a puppet show. Leo and Lawrence, two twin lions, told the story to us of Daniel and the Lion’s Den.  Here is the script if you
would like to use it or adapt it.

We also acted out the story almost straight from the Bible. We used an angel costume from Christmas and made a couple lion masks for the beasts. If you have Bible era costumes, you can use them for the various people, but it really isn’t necessary. Kids love dressing up, but they also love to act, so the drama will work with or without costumes.